In these articles, We are telling about interesting facts about Mount Everest (Nepali: Sagarmatha, Sanskrit: Devgiri) It is the highest mountain peak in the world whose height is 8,850 meters. Earlier it was known as XV. The altitude of Mount Everest was measured at 29,002 feet, or 8,840 meters at that time. Scientific surveys say that its height is growing at a rate of 2 cm per annum. In Nepal, it is known by the local people as Sagarmatha (that is, the head of heaven), which was kept by Nepal’s historian Baburam Acharya in the 1930s – the carriage of heavens. In Tibet, it has been known for centuries through the name of Chomolungma, the queen of the mountains.

FACT#1 The height of Mount Everest is 8848 meters. This is the tallest mountain in the world and is located in Nepal.

FACT#2. Everest Mountain is named after the name of the British scientist George Everest. He had surveyed India’s highest peaks for 13 years.

FACT#4. There are 18 different ways to reach the summit of Everest.

FACT#5. Mount Everest’s height has dropped by 1 inch due to the earthquake in April 2015.

FACT#6. The people had to pay around 15 lakh rupees for climbing Mount Everest, but in 2015, the Nepalese government reduced it to about 7 lakh.

FACT#7. Wind speed can reach 321 kilometers per hour on the top of the Everest, and the temperature can reach up to -80 ° F.

FACT#8. There are 120 tons of garbage available on Everest, including oxygen tanks, tents, etc. From 2000 to 2011, 400kg of garbage was removed in the cleaning campaign run on the Everest.

FACT#9. In the last 42 years, except for 2015, there was no year when no one completed the Everest climb. The campaign was unsuccessful in 2015 because in April a magnitude 7.8 earthquake struck Nepal.

FACT#10. Jordan Romero is the world’s smallest and  Eichiro Miura is the world’s oldest person, who is Everest climb. He did these exploits at the age of 13 and 80 respectively.

FACT#11. The best time to climb Everest is between March to May Because this time there is no more rainfall and snow remains fresh.

FACT#12. To date, nearly 5000 people have tried to climb Everest but about 280 of them have lost their lives while climbing. Their bodies are lying there, many times they climb up and down with their support.

FACT#13. The elevation of Mount Everest increases approximately 1 inch per year. This is due to the collision of the Iranian and the Indo-Australian plate.

FACT#14. By the way, it takes 3 days to get down from Mount Everest, but in 2011, Nepalese came down in just 48 minutes with the help of paragliding.

FACT#15. It takes 2 months to climb Everest and costs about Rs 80 lakh for a man. It includes Nepal’s air travel.

FACT#16. Pem Dorji and Moni Mulapati of Nepal climbed Everest in 2005 and married them right there

FACT#17. Tashi and Naugshi are two sisters of India who had climb Mount Everest in 2013.

FACT#18. The youngest climber to climb Everest is “Malawath“, from India who had climbed Everest at the age of 13 years 11 months.

FACT#19. Arunima Sinha had climbed the world’s highest mountain peak who was the world’s first disabled woman to win Everest

FACT#20. Anshu Jamsena climbed Everest 2 times in 5 days, she became the first Indian woman climber to do so and She is a resident of Arunachal Pradesh.

FACT#21. Japan’s Yuichiro Miura had climbed Everest at the age of 80 years He was the oldest man to climb Everest in 2013.

FACT#22. Junko Tabei was the first woman to climb Mount Everest who had climbed on this mountain in 1975. She belonged to Japan.

FACT#23. The record for the 21 times climb on Everest is Nepal’s “Apsa Sherpa and Pubhu Tashi Sherpa“, who had made this record between 2011 and 2013.

FACT#24. Tame Vatanabe had climbed Everest at the age of 73. She was the oldest woman to climb Everest in 2012. she belonged to Japan.

FACT#25. The search for this mountain was first attempted by the scientist George Everest from 1830 to 1834, but he could not complete the search, although he discovered it to a great extent.

It抯 onerous to find knowledgeable individuals on this matter, but you sound like you know what you抮e talking about! Thanks

The very heart of your writing whilst appearing agreeable originally, did not really work very well with me after some time. Somewhere within the sentences you actually managed to make me a believer but only for a short while. I nevertheless have got a problem with your jumps in assumptions and you might do nicely to fill in all those gaps. In the event you can accomplish that, I could undoubtedly end up being impressed.

I haven抰 checked in here for some time as I thought it was getting boring, but the last several posts are great quality so I guess I抣l add you back to my daily bloglist. You deserve it my friend 🙂 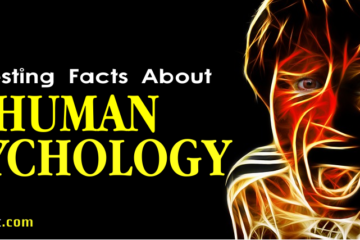 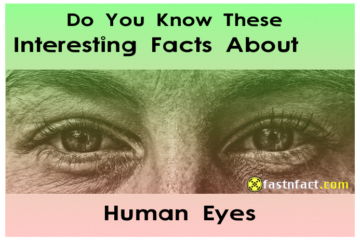