The Taj Mahal is the most outstanding specimen of Mughal architecture. This symbol of love was created by Shah Jahan for his begum Mumtaz. Crores of tourists from all over the world come to Agra to see the Taj Mahal. Every loving couple aspires to go to the Taj Mahal and get photographed with their girlfriend. Behold this sign of love, capture the beauty of the marble building in your memories. Let us tell you interesting facts about TajMahal that will make you think.

FACTS#1 The construction of the Taj Mahal took 22 years.

FACTS#2 Over 22,000 laborers worked in the construction of the Taj Mahal.

FACTS#3 The building materials of the Taj Mahal brought through 1,000 elephants.

FACTS#4 At the time the construction of the Taj Mahal cost Rs 3.2 crore.

FACTS#6 The architectural style of the Taj Mahal is a blend of Persian, Ottoman, Indian and Islamic architecture.

FACTS#7 The construction of the Taj Mahal began in 1632 AD and was completed in 1653 with the dome.
If you also want to see this world-famous sign of love then go to the Taj Mahal. If you live in Delhi, then you can reach Agra in just three and a half hours from Taj Express Highway.

FACTS#8 The base of the Taj Mahal is built on a wood that needs moisture to keep it strong. In such a situation, the water of the Yamuna river flowing near the Taj Mahal does this work of maintaining moisture.

FACTS#9 Emperor Shah Jahan installed a gold urn on its summit at the time of the construction of the Taj Mahal. Its length was 30 feet 6 inches. The urn was made from around 40 thousand tolas (466 kg) of gold. This Kalash has been changed 3 times. Ever since the capture of Agra Fort in the year 1803, the British were eyeing the Taj Mahal.

#FACTS10 There is a red mosque on one side of the main monument of the Taj Mahal and a guest house on the other side. During British rule, hospitality rented out. It consisted of newly married couples coming from Britain. At that time, its rent was quite expensive. The walls on the first floor of the guestroom not previously closed. Walls added to it during British times and converted into rooms. It made very beautiful from the inside.

FACTS#11 The Taj Mahal has beautiful lamps hanging above the tomb of Shah Jahan and Mumtaz. This lamp is an imitation of the lamp in the mosque of Sultan Beversi II of Egypt. 108 years ago, 15 thousand rupees spent in getting it ready. Earlier the smoke lamp used to burn here. Due to this, smoke filled the entire mausoleum. When the then British Viceroy Lord Curzon came to Agra on 18 April 1902 and went to the mausoleum, he had a lot of trouble with the smoke there.

FACTS #12 It said that at the time of construction of the Taj Mahal, ghosts did not allow it to be laid. They would destroy it repeatedly and scare away the artisans. In such a situation, Shah Jahan consulted the Imams to drive away from the ghost-jinn from there. The Imams suggested Shah Jahan call Pir Hazrat Ahmad Bukhari of Bukhara city in Arabia. Then Pir came with his brothers Sayyid Jalal Bukhari Shah, Syed Amjad Bukhari Shah, and Syed Lal Bukhari Shah and hundreds of assistants to Agra on the call of Emperor.

FACTS#13 Many stories are famous behind the drop of water dripping from the roof of Mumtaz’s mausoleum, one of which is that when Shah Jahan announced to cut off the hands of all the workers so that they could not build such a beautiful building, the laborers Leaving a hole in the roof so that Shah Jahan’s beautiful dream could not be fulfilled.

FACTS#14 After the Second World War, 1971 Indo-Pak War and 9/11, the ASI had made a bamboo enclosure around the Taj Mahal and covered it with a green sheet to protect this magnificent building. So that the Taj Mahal not seen by the enemies and it can be protected from any kind of damage.

FACTS#15 You will be more surprised to know that the British had sold this sign of love for their own benefit. They wanted to break the Taj Mahal and bring its precious stones to Britain. The rest were seeking to fill the government treasury by selling marble stones. In the year 1828, the then Governor-General Lord William Batik also issued a tender for this in a newspaper in Kolkata.

FACTS#16 Qutub Minar known as the tallest building in the country but its height also falls short in front of the Taj Mahal. According to government figures, the Taj Mahal is 5 feet higher than the Qutub Minar.

FACTS#17  When Shah Jahan built the Taj Mahal, it cost about 32 million Indian rupees. Today it is worth 1 billion USD (about 69 billion rupees).

FACTS#18 No fountain in the Taj Mahal connected to a pipe, but a copper tank built under each fountain. Which fills at the same time and works simultaneously when pressure created.

FACTS#19 The day of 8 November 2000 was surprising for the visitors of the Taj Mahal. Magician PC Sarkar Jr. created the illusion of disappearing the Taj Mahal through optical science.

FACTS#20 It is said that one of Shah Jahan’s wishes was also that he built a white Taj Mahal for his wife. He wanted to build a black Taj Mahal for himself. But when Shah Jahan imprisoned by his son Aurangzeb, his dream remained just a dream.

FACTS#22 This thing is definitely surprising but the color of the Taj Mahal also changes. The Taj also changes its color according to the different times of the day. The Taj looks pink when seen in the morning, the milky white in the evening, and the moonlight looks golden at night. This is due to the sun and moonlight falling on the white marble.

FACTS#23 There is a real tomb in the basement, whose door opened only once a year. The carving on it very simple compared to the fake tomb. 99 names of Allah etched on the real tomb of Mumtaz Mahal in the basement. Some of these are, ‘O Nitiwan, O Bhavishya, O Rajasi, O Anupam…’ On the same, Shah Jahan’s tomb carved, ‘He took the twenty-sixth date of the month of Rajab in the year 1076 of Hijri, from this world to the precinct of eternity.

FACTS#24 Early accounts of the Taj Mahal’s original garden includes abundant daffodils, roses, and fruit trees. It was then by the end of the 19th Century the British Empire took control over three-fifth of India and they changed the landscaping according to their liking which resembled the lawns of London.

FACTS#25 Shah Jahan’s other wives and favorite servants buried in the mausoleums (outside the Taj Mahal but in the same complex).

FACTS#27 The Taj Mahal gets close on Fridays for prayers since it has an active working mosque on its premises. So, do not plan your trip to the Taj Mahal on Friday.

FACTS#28 It intricate work of art and architectural genius took 22 years to complete. Construction beginning around 1632 and finishing in 1653.

FACTS#29 Taj Mahal is a famous Indian landmark and tourist magnet, attracting more than a million tourists every year.

FACTS#30 A Taj-inspired luxury hotel, event, and shopping complex are under construction in Dubai. The Taj Arabia, as the replica is called, will be four times the size of the original and will cost an estimated US $1 billion. The 20-story glass hotel will contain 350 luxury rooms.

Greetings from Ohio! I’m bored to death at work so I decided to browse your site on my iphone during lunch break. I enjoy the info you provide here and can’t wait to take a look when I get home. I’m surprised at how fast your blog loaded on my phone .. I’m not even using WIFI, just 3G .. Anyways, great site!

I’m not sure where you are getting your information,
but good topic. I needs to spend some time learning much more or understanding more.
Thanks for great information I was looking for this info
for my mission. 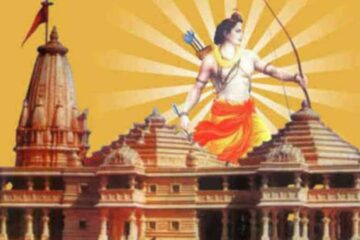 Ayodhya Ram Mandir Facts | Janambhoomi Ayodhya, the city of Lord Rama, has been the work place of thousands of great men. This holy land is very important for Hindus. Lord Rama was born here. Read more…