We all know that success and failure are a part of our life, it is up to us whether we have disappointed with those failures or learn from them and move forward. But can you believe that a person who has been rejected many times even for getting a simple job can become the richest person in China today?

Yes, this is absolutely true with all hard work and dedication can be done?
Jack Ma has shown this by doing this who has created China’s largest e-commerce site “Alibaba – Alibaba”. Jack is the founder of Alibaba Group, let’s know Jack’s story closely.

FACT#1 He is the founder of the largest e-commerce site “Alibaba” Group.

FACT#2 He was born on 10 September 1964 in “Hanhaju Village“, This is a very small village in Jinjiang province in China.

FACT#3 The financial condition of Jack’s family was very poor and he belonged to a very simple family. His parents used to listen to traditional plays and famous stories.

FACT#4 Jack married to Zengying. They have a son and a daughter. Jack and his wife studied at the same university. She also received her undergraduate education, after which she got married in 1980.

FACT#5 Jack was very fond of speaking and learning English since childhood. The English language was not at all important in China in the 60s. But Jack also wanted to speak and learn English. He started taking and help from tourists coming to China from abroad at the age of 13. He tried to talk to tourists in his broken English. They would inform them about tourist destinations in China. He did this job for 9 years. In this way, Jack became a tourist guide. Gradually, his English began to improve.

FACT#6 Jack’s career started quite challenging, he also applied for a police job early in his career. But got them being disappointed with here. He got about 30 different places to be disappointed for a job.

FACT#7. In early 1995, Jack Maa went to America with the help of his friends, where he first saw the Internet and never run the internet before then he found the word of “Beer”.

FACT#8.  He received much information related to “Beer” from different countries, but he got shocked seeing that the result didn’t turn up a single Chinese option. The next time he tried to find general information about China, but then he was shocked that no information was available to China on the Internet.

FACT#9.  Jack was very sad because his country was not on the internet because it made him feel that China is far behind other countries in the technical field. For this reason, he created the first website with his friend to give information about China. This website named was “ugly“.

FACT#10.  Jack Ma realized that they could earn a lot of money from the Internet. In 1995, Jack and friends together raised $ 20,000 and started a company. The main job of this company was to create websites for other companies. This named his company was “China Yellow Pages“.

FACT#11. His company earned $ 8 million within three years. Now Jack, with his friend of his America, started making websites for Chinese companies. Jack first bought his first computer at the age of 33.

FACT#12.  From 1998 to 1999, Jack Ma headed the IT company set up by China International Electronic Commerce Center.

FACT#13. He quit work there and returned to Hangzhou with his team in 1998, where he set up China’s first B2B website along with 17 of his friends from their home. This named was Alibaba.

FACT#14. He created a history by Alibaba which started with 5 lakh youth and 79 million members of which spread in more than 240 countries.

FACT#15. In October 1999 and January 2000, Alibaba twice won an international venture capital investment of $ 25 million Doller. He wanted to improve the e-commerce market of his country which would take small and middle-class businesses globally from this program.

FACT#16 In order to improve the global e-commerce system in China, Jack Ma set up the Taobao Marketplace in 2003, in view of the increasing impact that eBay offered to buy Taobao. Jack Ma turned down eBay’s offer and instead took $ 1 billion in assistance from Yahoo’s co-founder Jerry.

FACT#17.  In September 2014, Alibaba raised $ 25 billion in the New York Stock Exchange. Alibaba counted among the most eminent tech companies in the world.

Award#1 2004 – Top 10 Business Leaders of the Year selected by China Central Television.
Award#2 2005 – Elected Young Global Leader by the World Economic Forum, and Fortune magazine ranked Jack among the 25 Most Powerful Business People in Asia.
Award#3 2007 – Business Day of the Year Award at Business Week.
Award#4 2008 – Added to the list of 30 World’s Best CEOs.
Award#5 2010 – Forbes Asia selected as one of Asia’s Heroes of Philanthropy for natural disaster management and poverty alleviation.
Award#6 2013 – Awarded Doctorate by Hong Kong University of Science and Technology.
Award#7 2015 – Entrepreneur of the Year at The Asian Awards.

FACT#1 The world’s famous magazine of industry, “Fortune” has ranked Jack as the second in the list of the world’s 50 greatest leaders.

FACT#3 Jack Ma is at the top of the rich list of China, which is the first place, and he is at number 18 in the list of the world’s rich people.

FACT#6 Jack ranked 30th in Forbes’ list of the world’s most powerful people in 2014.

FACT#7 Jack included in the Time magazine biennial’s “100 Most Influential People” list, in 2009.

FACT#8 He had selected Top 10 Most Respected Entrepreneurs of China by Forbes China.

People in the world who want to do something on their own will surely inspire this story. Jack is a very influential person for industrialists and businessmen around the world, as well as Jack’s story, is an inspiration to all of us. 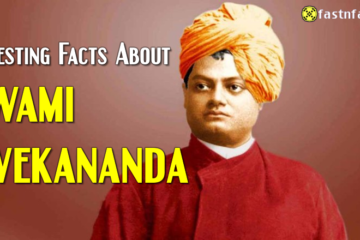