We will be discussed amazing facts about Indian Railways in this article. India has one of the largest railway networks in the world, but that is only part of what makes it an exemplary transport system. The intricate matrix of connectivity it provides across a huge and widely populated country, coupled with an impressive frequency of trains to the remotest areas, makes it a very accessible method of travel for many Indians and tourists. Indian Railways is one of the world’s largest railway networks consists of freight, passengers, tourist, Suburban rail systems, toy trains, and luxury trains. IR has 4,337 operating railway stations, operates on a multi-gauge network of broad, meter and narrow gauges. Indian Railways is divided into 16 zones and Locomotives are consist of electric and diesel locomotives.

FACT#1. Indian Railways is the largest railway system in Asia and the second largest in the world.

FACT#2. The first railway system in India started from Mumbai to Thane in April 1853.

FACT#3. The world’s first train ran from Liverpool to Manchester in 1825 AD.

FACT#4. The Indian Railway Board was established in March 1905.

FACT#5. The Railway Board is responsible for the administration and management of Indian Railways.

FACT#6. The railway is divided into 17 divisions. Each division is headed by the General Manager.

FACT#8. The fastest train in India is the New Delhi-Bhopal Shatabdi Express. Its maximum speed is 150-160 km per hour.

FACT#9. The longest rail route in the world is the Trans Siberian Railroad, which is 9438 km long from Leningrad to Bludiwastak.
10As of 2014, 65808 km long railway track was laid under the Indian Railways system. About 32.84 parts of it are electrified.

FACT#11. The first electric train was Deccan Queen which ran between Mumbai and Pune.

FACT#13. The passenger coaches are manufactured in Perambur (near Chennai), Kapurthala, Kolkata, and Bengaluru.

FACT#16. China’s Shanghai Metro is the longest metro rain in the world with a total length of 434 km.

FACT#18. Delhi Metro Rail project has been made with the cooperation of companies of Japan and Korea. Under this, the first railway service was run between Tis Hazari to Shahdara on 25 December 2002.

FACT#19. Bengaluru Metro Rail was started on 20 October 2011 in the name of Namma Metro. Its infrastructural facilities have been developed in collaboration with Japan.

FACT#20. Mumbai Metro Rail started on 8 June 2014. Currently, it is 11.4 km in length and plans to build three new lines. 12 stations are in operation and 93 stations are planned

FACT#21. Gatiman Express – India’s fastest train running at a speed of 160 kmph between Delhi to Agra. This train covers 188 km distance from Hazrat Nizamuddin to Agra in just 100 minutes.

FACT#22. Shatabdi Express – Shatabdi Rail is an air-conditioned Intercity Rail running only during the day. Bhopal Shatabdi Express is one of the fastest trains in India which runs between Delhi to Agra. This train can reach a speed of 150 km per hour. It started in 1988.

FACT#23. Rajdhani Express – This train is an air-conditioned rail connecting the main cities of India directly to the capital Delhi, hence it is called Rajdhani Express. It is also included in the fastest trains in India, which can run at a speed of about 130-140 kmph. It started in 1969.

FACT#24. Duronto Express – This rail service started in 2009 is a nonstop rail connecting the metros of India and the state capitals. The speed of this train is almost equal to Rajdhani Express.

FACT#25. AC Express – This fully air-conditioned train connects the main cities of India. It is also included in the fastest trains in India, which has a speed of about 130 km per hour.

FACT#27. Double Decker Express – This is also a fully air-conditioned two-story express rail like Shatabdi Express. It travels only during day time and is among the fastest trains in India.

FACT#35. Vivek Express – Started in 2013 on the 150th Anniversary of Swami Vivekananda.

FACT#36. Superfast Express – Trains running at a speed of around 100 kmph.

FACT#45. Heritage Train Darjeeling Himalayan Railway – It is also called Toy Train which runs in the mountainous terrain of Darjeeling.

FACT#48. Chittaranjan locomotive factory was established in Chittaranjan (P.Bangal) in 1948. The first steam engine was built in this factory in 1950.

FACT#50. The establishment of a diesel locomotive in Varanasi on 23 April 1956 and founded by Dr. Rajendra Prasad.

FACT#51. The first coach was ready on 2 October 1955 at the railway coach factory in Chennai.

FACT#53. The first indigenous engine was built at the Chittaranjan Locomotive Works in 1961. It was named after Bal Gangadhar Tilak as Lokmanya.

FACT#54. The first-meter gauge engine was built in 1968 by the Diesel Locomotive Works in Varanasi. The name of this engine was Indraprastha. It was inaugurated by Morarji Desai.

FACT#55. On 1 March 1969, the country’s first superfast train was started on a broad gauge between Delhi to Howrah. It was named Rajdhani Express.

FACT#56. On 5 February 1972, the manufacturing of steam locomotives at the Chittaranjan factory was stopped. The last steam engine was named Last Star.

FACT#59. After the Simla Agreement, Samjhauta Express was launched between India and Pakistan on 22 September 1975. Operation Blue Star in 1984, after the demolition of Babri Masjid in 1992 and the attack on Parliament on 13 December 2001, it was closed. but It was started again on 15 January 2004.

FACT#61. On 1 February 1977, Railway Minister Kamalapati Tripathi inaugurated the Rail Museum in Delhi and after some time railway museum started in Mysore in 1979.

FACT#62. The Central Factory Modernization Organization (COFMOW) was formed in 1979.

FACT#64. The first agent of the East India Company, Roland Mc Donald, founded the East India Rail Company in London in 1844. He surveyed the laying of the railway line from Kolkata to Delhi.

FACT#66. On February 18, 1852, the Great Indian Pennsylvania Railway near Byculla ran the large line steam locomotive Falkland for shutting for the first time.

FACT#68. Three steam locomotives Sultan, Sindhu, and Sahib were hauling the train from Britain. This train left with 400 passengers in 20 coaches. The train traveled 34 km. It reached Thane at 4.45 pm.

FACT#70. The first train from Howrah to Raniganj ran on 1 February 1855, in which a steam engine called Ferry Queen was added.

FACT#71. Surat to Baroda (BB) and Central India Railway (CIR) was established in 1855. A 29-mile long railway track was constructed from Ankleshwar, Gujarat to Utran.

FACT#72. The first railway line of Northern Railway from Allahabad to Kanpur was opened on 3 March 1857.

FACT#74. North Western Railway started with the opening of the railway line to Kasar (Thalghat) on 15 May 1861.

FACT#75. In 1862, the first railway factory at Jamalpur was established and the Amritsar-Attari railroad opened.

FACT#76. Steam engines in India started being built in 1865. The first steam engine called Express was built at Jamalpur factory. Its parts were purchased from different factories.

FACT#77. In 1869-70 the princely states got the right to lay railway lines under the new guarantee system.

FACT#78. In 1872 the first railway class coaches were made air-conditioned.

FACT#79. In 1873, the tram was established in Calcutta, which became the identity of there. The Kolkata Tramway Company ran the first tram from Sealdah to Armenian Ghat Street on 24 February 1873. The journey of this tram was 3.8 km long.

FACT#80 The first narrow-gauge rail was run by the Baroda State Railway on 8 April 1873. This rail covered the 32 km journey from Dibhoi to Miyagao.

FACT#81. A security force was established in 1872 to protect passengers and goods traveling by rail and was named as Railway Protection Force in 1954.

FACT#82. The first indigenous steam engine called F-734 was built in 1895 in the Ajmer factory. All its parts were made here.

FACT#83. The first indigenous steam locomotive of the Jamalpur factory established in 1865 was built in 1899. The engine was named Lady Kurjon.

When was the Indian Railway Board formed?

FACT#84. Railway Board was formed in 1905. The posts of its president and two members were created.

FACT#86. In 1911, the Maharaja of Kutch traveled in a petrol-powered rail car for the first time.

FACT#87. The first rail locomotive in India was sourced from Bristol in 1915.

FACT#89. Gaikwad Baroda Railway operated diesel engines in India in 1932. This engine was of 95 BHP. It was built by Armstrong Whitebirth. Petrol, diesel and electric powered then replaced steam locomotives. This reduced pollution and was also fast.

FACT#90. Central Indian Railways operated a fully air-conditioned train between Mumbai and Baroda in India in 1936.
When Burma broke away from India in 1937, the 3200 km rail route went to Burma.

FACT#91. In 1937, the Railway Department was assigned to the Ministry of Transport and Communications.

FACT#92. In 1942, the Mumbai-Baroda Railway and the Central Indian Railway were also taken under the government. 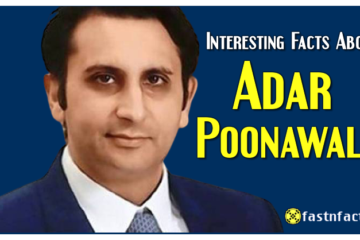