Today is the birth anniversary of Dr Bhimrao Ambedkar, a social reformer and politician. He is known as Babasaheb. He was the first law minister of independent India and the principal architect of the Indian Constitution. He inspired the Dalit Buddhist movement and campaigned against social discrimination against Dalits. Supported the rights of workers and women. Let us try to find out 35 unknowable and Interesting facts about Dr B.R Ambedkar in this article.

Dr Bhimrao Ambedkar, conferred with Bharat Ratna, will be remembered as a world-class jurist, chief architect of the Indian Constitution and for giving respectable lives to crores of exploited, underprivileged peoples, backwards and tribals. He was a non-Congress leader participating in the three Round Table Conferences. There are many such things related to which most people are unaware.

FACT#1. Baba Saheb Ambedkar’s family belonged to the Mahar caste, which was considered untouchable. Who has witnessed economic and social discrimination since childhood, started studying in odd circumstances.

FACT#2. He was married to nine-year-old girl Ramabai in 1906 due to the prevalence of child marriage.

FACT#3. He joined Elphinstone College. He was the first child to get admission in this college in 1908 who belong to the Dalit community.

FACT#4. He moved to America in 1913 to do an MA. It was possible due to the monthly stipend from Sahayaji Rao III, the Gaekwad ruler of Baroda.

FACT#5. He received his Master of Arts (M.A) degree in 1921 from the London School of Economics.

FACT#6. Dr. Bhimrao Ambedkar was appointed to work in the Simon Commission by the Bombay Presidency Committee. This commission was opposed all over India.

FACT#8. After India’s independence, Dr. Bhimrao Ambedkar was made Law Minister and was appointed as the Chairman of the Constitution Drafting Committee for the constitution of independent India on 29 August 1947 Then after two years, 11 months, 18 days, the constitution was prepared under his chairmanship.

FACT#9. Dr. Bhimrao Ambedkar had resigned from the cabinet as Cabinet Law Minister in 1951 after his Hindu Code Bill draft was stopped in Parliament. The draft spoke of gender equality in the laws of succession, marriage, and the economy.

FACT#10. On 14 October 1956, Ambedkar and his supporters embraced Buddhism after adopting Panchsheel, after framing the constitution, and assuming several positions. Ambedkar believed that Dalits can never get their rights within Hinduism. He believed that the goal of the human species is to continuously improve their thinking. He said that ‘I Was Born A Hindu But I shall Not Die A Hindu’

FACT#11. Dr. Bhimrao Ambedkar had 32 degrees and was knowledgeable in 9 languages.

FACT#12. Dr. Ambedkar’s first marriage was at the age of nine with Ramabai. After Ramabai’s death, she married Savita, who belonged to a Brahmin family. Savita Bhimrao Ambedkar (Nick Name Kabir 27 January 1909 – 29 May 2003), was an Indian social activist, doctor, and the second wife of Babasaheb Ambedkar, the father of the Indian Constitution. Ambedkarites and Buddhists refer to her as Mai or Maisaheb, which stands … Ambedkar’s first wife, Ramabai Ambedkar, who died in 1935 after a long illness.

FACT#14. After independence, Dr. Ambedkar became law minister in Pandit Nehru’s cabinet, and on Nehru’s initiative he prepared the Hindu Code Bill, but he also had to face strong opposition to this bill. Nehru himself was then seen bowing to the increasing pressure on this issue inside and outside his party. Differences in this issue increased so much that Ambedkar resigned from the post of Law Minister. Although later the Hindu Code Bill was passed and it also revolutionized the situation of Hindu women, but it was flexible in many respects with Ambedkar’s bill.

FACT#15. Dr. Bhimrao Ambedkar was the fourteenth and last child of his parents.

FACT#16. Dr. Babasaheb Ambedkar’s real surname was Ambavadekar. But his teacher, Mahadev Ambedkar, who considered him very much, named him Ambedkar from Ambavadekar in school records.

FACT#17. Dr. Babasaheb Ambedkar was the first Indian to go abroad and earn a doctorate (Ph.D.) degree in Economics.

FACT#18. Dr. Ambedkar is the only Indian whose statue is in the London Museum with Karl Marx.

FACT#19. The credit of giving place to “Ashoka Chakra” in the Indian tricolor also goes to Dr. Babasaheb Ambedkar.

FACT#20. For the better development of Madhya Pradesh and Bihar, Dr. B. R Ambedkar had proposed a partition in the 50s, but it was only in 2000 that Chhattisgarh and Jharkhand were divided.

FACT#24. Dr. Babasaheb Ambedkar was a master in 64 subjects. He was knowledgeable in 9 languages like Hindi, Pali, Sanskrit, English, French, German, Marathi, Persian, and Gujarati. Apart from this, he had comparatively studied all the religions of the world for about 21 years.

FACT#25. Dr. Babasaheb Ambedkar’s initiation into Buddhism with his 8,50,000 supporters was historic in the world, as it was the largest conversion in the world. “Mahant Veera Chandramani”, the great Buddhist monk who initiated Babasaheb into Buddhism, called him “the modern Buddha of this era”.

FACT#26. Babasaheb is the first and only great man in the world to receive the precious doctoral title “Doctor All Science” from the London School of Economics. Many intelligent students have tried this but they have not been successful so far.

FACT#27. Worldwide, the highest number of songs and books written in the name of the leader is Dr. Babasaheb Ambedkar.

FACT#28. Governors Lord Linlithgow and Mahatma Gandhi believed that Babasaheb was more intelligent than 500 graduates and thousands of scholars.

FACT#29. Babasaheb was the first and only Satyagrahi in the world to conduct Satyagraha for drinking water. Mahad Satyagraha or Chavdar Tale Satyagraha was a satyagraha led by B. R. Ambedkar on 20 March 1927 to allow untouchables to use water in a public tank in Mahad (currently in Raigad district), Maharashtra, India. The day (20 March) is observed as Social Empowerment day in India.

FACT#30. In 1954, in the “Jagatik Buddhist Council” held in Kathmandu, Nepal, Buddhist monks conferred the highest degree of Buddhism “Bodhisattva” to Dr. Babasaheb Ambedkar. His famous book “The Buddha and His Dhamma” is the “scripture” of Indian Buddhists.

FACT#32. Most of the statues in the world belong to Babasaheb. His birth anniversary is also celebrated all over the world.

FACT#33. Based on a global survey called “The Makers of the Universe” by Oxford University, a list of the top 100 humanitarian global human beings of the last 10 thousand years was made, in which the fourth name was Dr. Babasaheb Ambedkar.

FACT#34. Buddha statues which are closed eyes paintings are seen everywhere in the world, but Babasaheb, who was also a great painter, first created a painting of Buddha in which Buddha’s eyes were open.

FACT#35. Babasaheb’s first Statue was built in 1950 while he was still alive, and the Statue is in the city of Kolhapur.

“A great man is different from an eminent one in that he is ready to be the servant of society.”
― Bhim Rao Ambedkar

“Slavery does not merely mean a legalized form of subjection.
It means a state of society in which some men are forced to accept from others the purposes which control their conduct.”
― Bhimrao Ramji Ambedkar,

“A bitter thing cannot be made sweet.
The taste of anything can be changed.
But poison cannot be changed into nectar.”
― Bhimrao Ramji Ambedkar,

“Equality may be a fiction but nonetheless one must accept it as a governing principle.”
― Bhimrao Ramji Ambedkar,

“I like the religion that teaches liberty, equality, and fraternity.”
― Bhimrao Ramji Ambedkar

“Lost rights are never regained by appeals to the conscience of the usurpers,
but by relentless struggle… Goats are used for sacrificial offerings and not lions.”
― Bhimrao Ramji Ambedkar 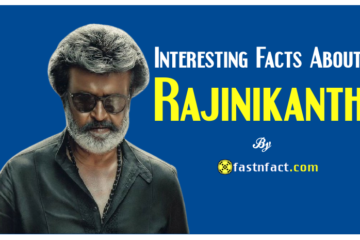 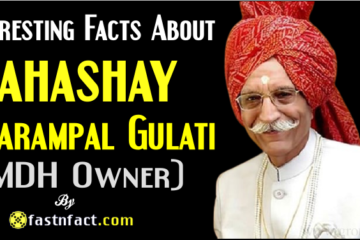