Time travel, in which people can go in past and future. This node is a mysterious subject for people to date. In this way, the great scientist of the United States, Nikola Tesla, created a special machine for this. It is said that he suddenly disappeared from his place. Due to his antics, people considered him mysterious. We will tell you 30 Surprising and Interesting facts about Nikola Tesla and his life and Why people consider him mysterious.

FACT#1. Nikola Tesla was one of the great scientists who gave such inventions to the world, which we use in everyday life today. Tesla is also considered a mysterious scientist. It is said that he traveled time. According to a report, he himself said that he has seen the past, present, and future together. He also wrote a book related to this.

FACT#2. Born in the year 1856, Nikola Tesla was an inventor as well as a mechanical, electrical, and physical engineer. The most interesting thing is that Thomas Edison, the inventor of the electric bulb, was his boss. However, the two later became rivals to each other, as Edison considered Direct Current (DC) superior, which was difficult to move from one place to another, while Tesla considered Alternative Current (AC) superior, as he had said It was easy to move from place to place.

FACT#3.  It is said that the inventor of the radio was supposed to be Nikola Tesla instead of Marconi, but on 13 March 1895, his lab caught fire. Very few people know that after Tesla’s death, Marconi’s patent was invalidated by the US Supreme Court and the patent for the invention of the radio was given to Nikola Tesla.

FACT#4. In 1898, Tesla built a remote-operated boat. These inventions were so advanced at the time that people thought that Tesla had placed a trained animal inside the boat. To remove this suspicion, Tesla had to open the boat completely and show all its parts.

FACT#5. In one of his presentations, he stunned everyone by creating millions of volts of lightning. Once he recorded some unknown signals on his instrument Teslascope, which according to him were being sent from another planet.

FACT#6. On January 7, 1943, the world lost one of its greatest inventors. The name of that inventor was Nikola Tesla. He died in New York at the age of 86. Today, if you are using a TV remote and burning cheap electricity in homes, the credit goes to Tesla. Let us know the special things about Tesla today and today you will also get to read that interesting story when Tesla defeated Edison.

FACT#7. Tesla was born on July 10, 1856, in the Austrian Empire, now known as Croatia. He was the fourth of the five children of his parents. He worked as a telegraph drafter and electrician in Europe. He then moved to the United States in 1884 where he worked with Thomas Edison.

FACT#8. The invention was in Tesla’s blood. He invented many things used in our daily lives. He has a major contribution in the invention of neon and fluorescent lights, laser beams, AC current, X-rays, robotics, etc. which illuminate our homes.

FACT#9. Tesla received US citizenship in 1891 and the same year he invented Tesla coils. A Tesla coil is a type of electrical circuit that produces low current and high voltage power. Today, Tesla coils are being used extensively in radio, television, and other electronics and can also be used in wireless transmission.

FACT#11. Tesla designed the first hydroelectric power plant in Niagara Falls, New York. The construction of this plant took three years and on November 16, 1896, for the first time electricity was supplied from this plant to the nearby area. A statue of Tesla is installed on Got Island in front of the waterfall.

FACT#12. The name of Tesla Motors first comes to mind as soon as electric vehicles are named. Tesla Motors, a startup focusing on the manufacture of electric cars, is actually dedicated to Nikola Tesla. The company was named Tesla Motors in honor of the important role Tesla played in the invention of the electric motor. In addition, the unit measuring the magnitude of the magnetic field is also named Tesla.

FACT#13. In 1901, Tesla worked on a revolutionary project. That revolutionary work was related to an unlimited power supply without wires. Today, the result of the work done by Tesla is that we are using wireless technology. Today, if credit is being made for wireless electric vehicles, then credit goes to Tesla. Tesla dreamed of supplying electricity without using wire all over the world. For this, he opened his lab in Shoreham on Long Island, New York. The lab built a tower 185 feet high above which was a 65 feet high copper dome transmitter. Tesla wanted to communicate the signal with the help of this tower and supply electricity to the whole world. Financial support for this project was provided by JP Morgan.

FACT#14. Tesla was not a firm businessman, due to which he was always in financial trouble despite the achievements. Later Morgan stopped giving him financial aid. Morgan felt that he would not benefit from the concept of Tesla being wired without electricity. His Vardenklip-based lab was also sold to a film processing company. In 1917, the US government also demolished Tesla’s partially completed tower because the government was worried that German spies would use it to intercept information during the First World War.

FACT#15. Nikola Tesla was one of the great inventors of the 19th century. However, he never became as popular as his great rival Thomas Edison. Interestingly, Thomas Edison was his boss.

FACT#16. Edison considered Direct Current (DC) better, which worked at 100 volts power and it was difficult to convert it to another voltage. But Tesla thought that Alternative Current (AC) was better because it was easier to move from one place to another.

FACT#17. I have to thank South African entrepreneur Elon Musk, who named Tesla the company of electric cars. Musk is working as an executive director at the company and his company exclusively manufactures electric cars.

FACT#18. Because of his passion for wireless technology, Tesla made several inventions focused on data transmission and developed many theories related to it. Guillermo Marconi first sent letters across the Atlantic via Morse Code. But Tesla wanted to do something beyond this. He had hoped that one day, wireless technology would be used to send telephone signals, documents, music files, and videos all over the world and today it is possible to do so through Wi-Fi. Although he could not make anything like this himself, his prediction came true with the invention of the World Wide Web in 1990.

FACT#19. Tesla mentioned in an interview to an American magazine in 1926, another prediction of his future. He named his idea of ‘pocket technology’ to transmit photos, music, and videos. He predicted it 100 years before the invention of the smartphone. But would Tesla have thought that mobile would become such an important part of our life?

FACT#20. In the year 1898, Tesla displayed a wireless and remote-controlled “automation”. Today we call it a remote-operated toy ship or drone.

FACT#21. He surprised the viewers with new technologies like wireless communication, robotics, logic gate. People used to think that there is a small monkey inside them that controls the system. Tesla believed that one day remotely operated machines would be an important part of people’s lives and this prediction was very close to the truth.

FACT#22. Tesla envisioned that there would be aircraft that would travel around the world at high speeds and on commercial routes between countries. There will be a seating arrangement for many passengers in these aircraft.

FACT#23. Nikola Tesla said, “The most important use of wireless power will be in non-fuel flying machines, which will transport people from New York to Europe in a few hours.” At that time these things may have been considered insanity. But Tesla was right once again. At least for the speed. As far as airplanes flying without fuel are concerned, it is still a dream of the future.

FACT#24. In 1926, his interview with Colliers has titled ‘When Woman is Boss’. This shows what 68-year-old Tesla thought for women at that time.

FACT#25. Tesla never married, which was because he did not interfere in their work.

FACT#26. Thomas Edison offered Tesla 50 thousand dollars to correct DC generators and motors. Tesla did this but instead of getting the fees, he got reprimand that Tesla could not understand the joke of America.

FACT#28. Tesla used to think anything or if someone had come up with the idea of an invention, he would not have used his time to write or draw it. Rather, they started experimenting directly on that idea.

FACT#30. Some of the passengers who boarded the ship claimed that the ship went missing in the year 1943. While they reached in the year 1983. Then the world had developed a lot. Albert Einstein, a famous scientist, also gave a theory to solve this trick of time travel. In the Theory of Relativity in 1915, he explained the relation between time and speed. Nikola Tesla also claimed that he saw past, future, and present at the same time. 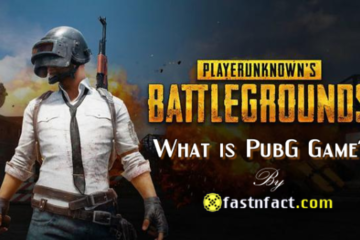 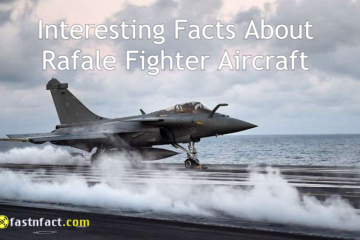